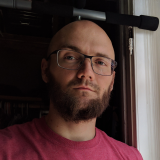 This is the first in a series of blog posts intended to examine some challenges I encountered while writing a RESTful key-value store application for the coding exercise portion of a job interview. Each post in the series will focus on a specific challenge I encountered by describing:

But first, I should begin with some background. A couple weeks ago I began interviewing with a development team that was looking for a Python developer; they wanted experience with or the capability of learning how to write, test, and deploy AWS Lambda based applications written in Python. During the initial phone screen with the team lead, I did my best to make the following clear:

Despite such admonitions regarding my lack of experience, after chatting with the team lead, I was sent a coding challenge intended to gauge both my preexisting Python development experience as well as my ability to wrap my head around AWS API Gateway and AWS Lambda.

As a side note, I'm really not personally too keen on giving in to the growing marketshare of computational power by giants like Google, Microsoft, AWS, etc. However, I understand that the fast-paced, competitive nature of the business world doesn't hold space for consideration of the kind of personal ideals that lead to concerns like mine; and realistically, the job market will shift one way or another with or without my personal approval. I'll make a note to address this in a maybe more meandering quasi-philosophical rant blag post another day.

That said, I did see this as an opportunity to practice my software design and programming skills; I love coding challenges as part of interview processes precisely for this reason. (I suspect my attitude would be different if I were working full time while interviewing for jobs; but this summer I have been full-time job searching and this is the third coding challenge to which I have committed serious concerted effort)

Anyway, the requirements for this app were as follows:

Here's the solution I came up with: https://bitbucket.org/waynr/simple-kvstore

The key-value store app itself is really nothing to get excited about. What I think is most interesting about it and where I put the most amount of effort is in the test fixture setup. With that in mind, this series of blog posts (of which this is the first) will largely cover my approach to testing the application, with references to the application code itself kept to a minimum. Tentatively speaking, this series will include roughly the following topics organized into a rough weekly publication schedule:

And that's it for this post! Apologies for not yet having set up any kind of comment system on this blag. Maybe I'll work on that in the near future...